Home News The Supernatural Side of Plants
DOWNLOAD MAP 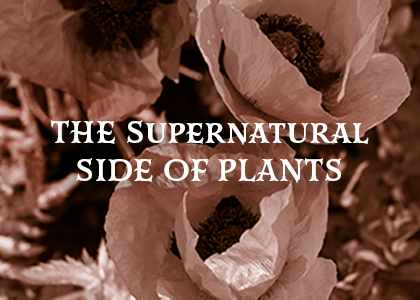 Steeped in legends and lore, herbs provide a physical link to the beliefs and practices of people through the ages. A common element among ancient worldviews was the belief in supernatural agencies, benevolent and malevolent forms, thought to control natural phenomena, such as the weather, success or failure of crops and harvests, the abundance or absence of wildlife, as well as the health and prosperity of an individual, family, or community. People turned to plants not only for food and medicines that alleviated pain and suffering, but also as a means of connecting with the spiritual realm.

Several of the plants that acted as a bridge to the supernatural are part of the extensive collection of herbs within the Robison Herb Garden, where they reside in the Herbs of the Ancients, Herbs in Literature, and Medicinal Herbs sections.

A number of these plants must command our respect—not because they open a pathway to the supernatural, but because they can make us sick or worse. When observing them in the Robison Herb Garden or elsewhere, enjoy them from a distance, never touching or ingesting any part of them.

Here are a few examples of plants with a supernatural history.

Verbena officinalis also known as the Enchanter’s herb, has a long association with magical and spiritual practices going back in time to the ancient Egyptians, Greeks, and Romans, as well as the Celtic Druids. Vervain’s primary role was to protect believers against evil spells or negative energy and to purify sacred places, such as altars, ceremonial implements, temples, and private dwellings.

In Greek mythology, Demeter was worshipped as the goddess of agriculture, the seasons, and the harvest, and she instructed mortals in how to cultivate wheat and barley. The well-known story of Demeter and her daughter Persephone entails the abduction of Persephone by Hades, the Greek god of the Underworld. Demeter was given the poppy plant by the god Morpheus to ease her grief and suffering. Demeter and her daughter Persephone were also at the center of an ancient cult known as the Eleusinian Mysteries.Followers believed the two goddesses possessed medical knowledge and skills for treating illnesses of women and children.

A highly poisonous plant, Deadly Nightshade’s name comes from the Greek mythological character Atropos, one of the three fates whose role was to cut the thread of human life. The plant was used in ancient times as an effective poison, but also in anesthesia preparations.Atropine, an alkaloid derived from the plant, continues to be used in surgery to control salivation and to regulate the heartrate. Deadly Nightshade, also known as Belladonna, was reportedly used in witchcraft as a flying ointment. When the plant was soaked in fat then applied externally it induced the sensation of flying or astral projection, due to its hallucinogenic effects.

One of the ingredients used in anesthesia by the ancient Egyptians, Greeks, and Romans, Henbane’s leaves are a source of hyoscyamine, atropine, hyoscine, and scopolamine, chemicals that act on the central nervous system. In the Middle Ages, the plant was associated with witchcraft, as it was one of the ingredients used to make flying ointment. Henbane is not to be trifled with—it can cause death due to respiratory and heart failure if ingested.

In Greek mythology, Aconite was associated with the goddess Hekate and was formed from the caustic saliva of the three headed monster dog, Cerberus, who guarded the gates of hell. It was listed as one of the ingredients in witches’ flying ointments, but due to its lethal toxicity, this application is in question. It is one of the most poisonous plants from the Old World and was used to poison wolves, as well as human foes.

During the Middle Ages people thought that the glassy beads of liquid that form overnight on Alchemilla’s pleated leaves was imbued with a magical essence that was used to create the Philosopher’s Stone. Alchemists believed the Stone could transform base metals into gold, cure all diseases, and prolong life. The name Alchemilla originates with the Arabic word for chemistry, al-kimiya’ and translates to “the little alchemical one”. 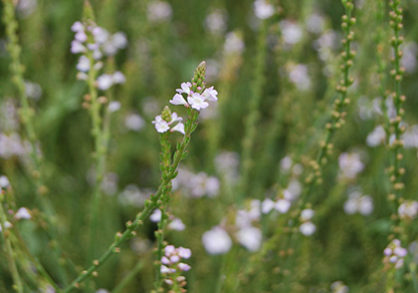 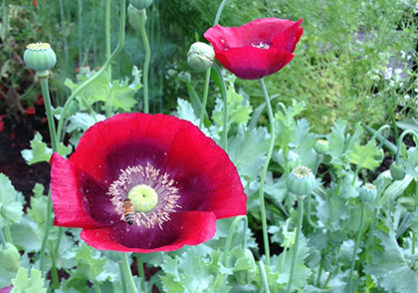 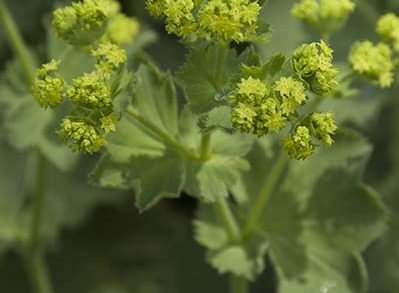